Wake Up,Stand Up and Snap Out of It!

Snap Out Of It!

Held Hostage! How to turn violence to an empowering experience!

Back to DeDe’s Host Page

To leave comments, suggestions or to become a host on the

“Snap Out Of It!” Radio Network

please complete the form below.

Been thinking about a Kindle?

Michelle Renee is an author, speaker, advocate, and dreamBIG entrepreneur.

From abused runaway, at times homeless, teen to becoming a banking industry executive by the age of 30, Michelle has been dreaming big all her life.

At age 35, Michelle and her 7 year-old daughter were kidnapped, held hostage, taped with explosives and after 14 hours, Michelle was forced to rob the bank she managed to save their lives.

Michelle Renee kept on dreaming big and with resiliency, and resolve became the 2008 MSN Hometown Hero, a published author, speaker, owner of dreamBIG® Consulting and Women Who dreamBIG®. She delivers her Live Your dreamBIG® Life message around the world. Michelle celebrates the gifts she has discovered through the challenges she has overcome with courage, optimism, and inner-strength and inspires others to do the same.

Michelle is currently working on her sophomore book, Hostage No More, and is a contributor for GLOW Project Magazine. She resides in Southern California with her daughter. 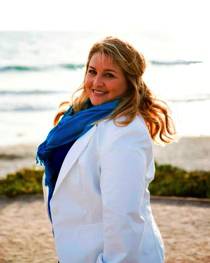