Wake Up,Stand Up and Snap Out of It!

Hurricane Katrina Tool it All Away, You Feel Blessed

Back to DeDe’s Host Page

To leave comments, suggestions or to become a host on the

“Snap Out Of It!” Radio Network

please complete the form below.

In less than 20 minutes, life was changed forever. When Hurricane Katrina hit, Eric Arceneaux and his family were trapped in an attic for 3 days in temperatures of over 100 degrees. After being rescued from the rooftop by helicopter, they were forced to literally fight through a mob of scared and angry people in order to get onto a bus that would take them to shelter. Worst of all, he lost family members in the ordeal. With his old life washed away, he forced himself to move on. In DC he began the task of growing a new fan base from scratch. It was an extremely difficult time, full of emotional highs and lows. More than ever he realized just how powerful music was as a means of healing and a way of release. His debut album, "Audio Emotion", is the result of a lifetime of experience packed into 24 years on earth. Determined to redefine what it means to be an "independent" artist, Eric has used innovative methods of promoting his album. Through YouTube, Eric documented his journey with videos, allowing viewers to experience life with him. Fans watched as he recorded his album, dealt with the stress of the music industry, and the pain of dealing with life after Hurricane Katrina. The result was more than he bargained for. Eric Arceneaux has received over six million hits on Youtube. People around the world feel as if they know Eric. They feel personally invested in the young man who triumphed over adversity to make his dreams come true. "I believe that my fans relate to me and appreciate the fact that I don't hold anything back. I show my thanks by doing my best to remain genuine in the music that I produce." - Eric Arceneaux Hear Eric's never before released newest single "Let Me Be the One" right here on the Snap Out of it show!

Did the Interview with Eric resonate with you?

If so, here’s your chance to get Eric’s songs from Amazon.

Get Eric’s Music from Amazon

Been thinking about a Kindle buy now from Amazon? 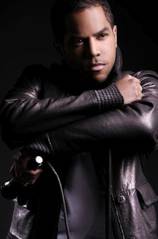